In the complicated existing scenario of the “mouth of Venice”, the urban renewal of the area Expo – Vega – Via della Libertà – Campus Ca ‘Foscari and Parco San Giuliano consists of the reconnection of pedestrian walking and cycling traditions from these places that are so close but inaccessible. Since they contain great potential for expansion from original and innovative public spaces will make them new poles of interest. In our opinion a hypothetical future scenario, where the industrial character of the area is liable to become tourist-receptive and considering that the project of the New Touristic Port of Porto Marghera which resides on the former Agrimont, had reveal a remarkable area of landscape beauty, characterized by the modification of the morphology of the territory, that goes from a firm ground to an opening towards the lagoon, leaving itself filtered from its waters. Via della Libertà lacks a water link between Venice and the mainland, leading to a challenging crossing between the Vega and Expo area from the Turin university campus, Forte Marghera and San Giuliano park. This have been the starting point for the development of work directed to reduce the daily flow of people passing through the Via della Libertà, allowing the different cultural points identified to be easily accessible, avoiding the modalities of today’s obligatory transport. Firstly, the project consists of extending two existing navigation lines of Actv, Line 10 San Marco-Lido and Line 12 Fondamente Nove-P. Sabbioni and secondly, creating a cyclopedonal path composed by a steel structure and wood covering, linking the Expo and Vega area with the University campus of Turin, the Forte Marghera and the San Giuliano park. The focus is on the Waterfront of San Giuliano Park, a place that illustrates a great potential for its geographical position and scenic beauty, as well as the largest public park in Mestre, where it has evolved from the foundation of a Venetian concept, meaning a road running along the canal and the few pre-existence structures, mainly of nature landscape, amplifying and altering the shape of the land, in order to make the bank a new point of receptive interest and expanding the existing facilities and services. 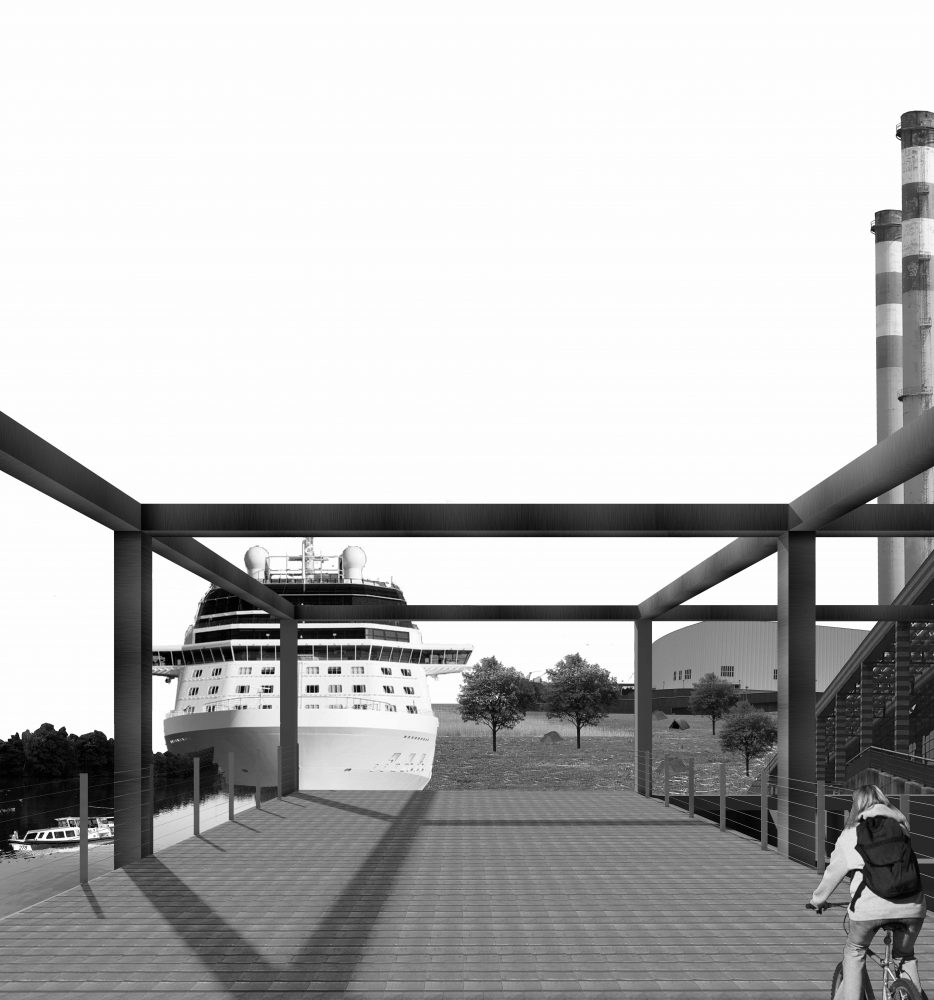