Located between Vilvoorde and Machelen, the CAT-site is bordered by the railway and the Woluwelaan. It is located on a former industrial area, and today, the site is highly polluted. Furthermore, the site include landfill. The site used to be a géant parking area, but it’s currently vacant.

Since the 19th century, an industrial zone has been formed along the canal and the railway. This industrial area act like an obstacle between the « West side » and the « East side ». 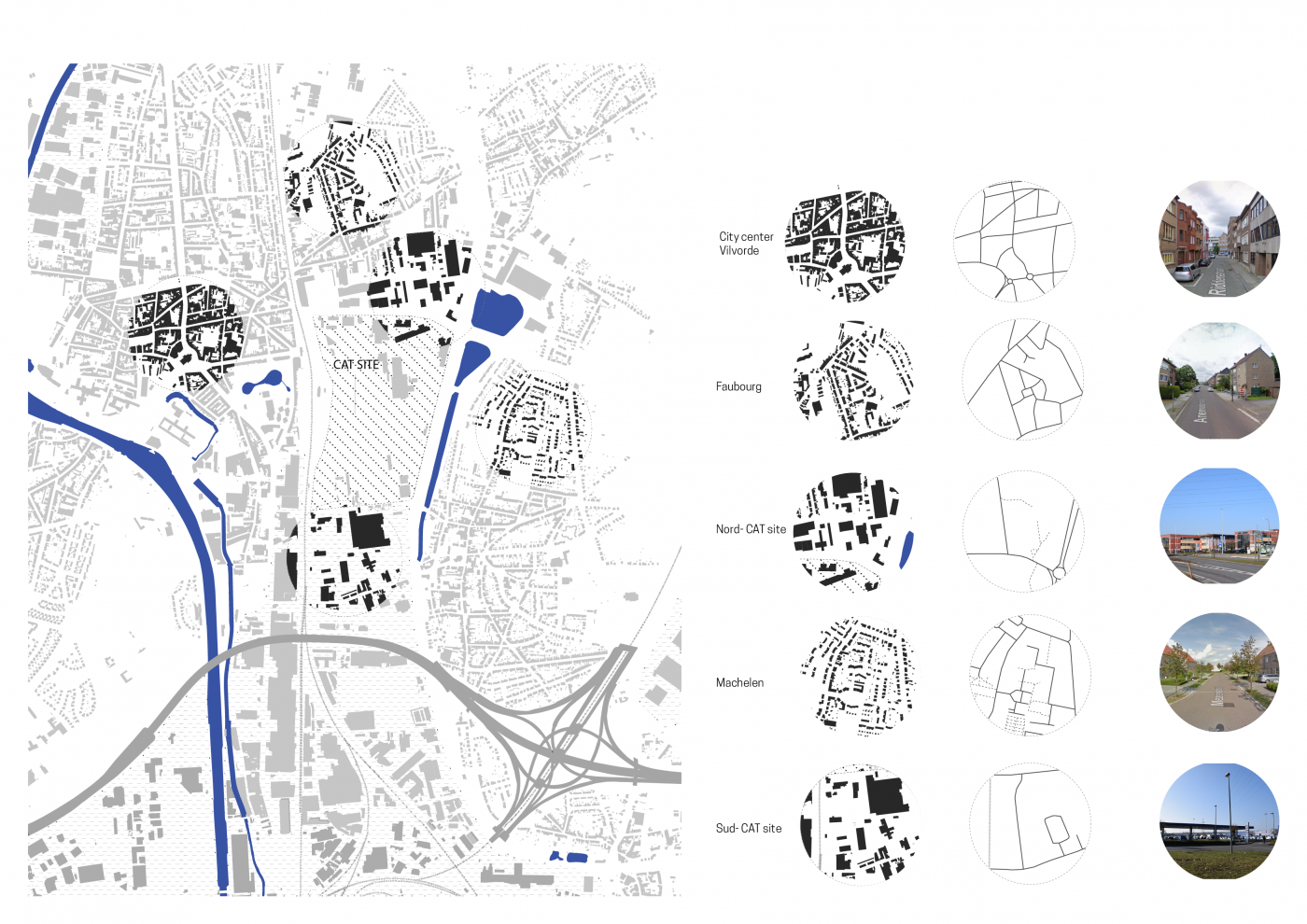 Cat-site is located between the city of Vivoorde and the municipality of Machelen. Unlike the city center of Vilvoorde, Machelen is mostly dedicated to housing, in spite of a lacke public facilities.

Nowaday, the 2 cities is badly connected, unfortunately for the citizens of Machelen.

Cat-site not only act like a barriere between Vilvoorde and Machelen but is also baddly connected itself.  Indeed, the industrial morphology is design in a way to allow cars and trucks to circulates between the factories, shaped like big boxes.

The site is accessible by Vivoorde Station by trains, obviously, and by buses. Vilvoorde Station is in fact a very busy station, BUT the acces to Cat-site is retricted to a backside entry, leading to a parking lot.

As mention, Cat-site was a former 55ha industrial zone: It used to bo own by Renauld, but nowadays, it is abandoned, waiting for a project to host.

The main problem of the site is the pollution of the soil that has been accumulated over the years. Plus, landfill activities is burried under 1/3 of the surface of the site.