The project ambition is to bring a new life to the urban fabric by creating a transversal productif axe and building a strong dialogue between locals actors to take advantages of all the ressources of the site.

The project deal with the question of the consumption of the electronics devices in Bruxelles. The treatment of the «  e-waste » is a major internationnal issu in terms of economy, politic, ethic and en environmental thought. It is not possible anymore to exploite the soils and earth ressources and it is inavoidable to recycle the raw materials and composants presents in electronics wastes

The logistic base of the pilot project will be situated is the chaussée de Buda, it will lead to a progressive transition to a new relation to e-devices full of hope. 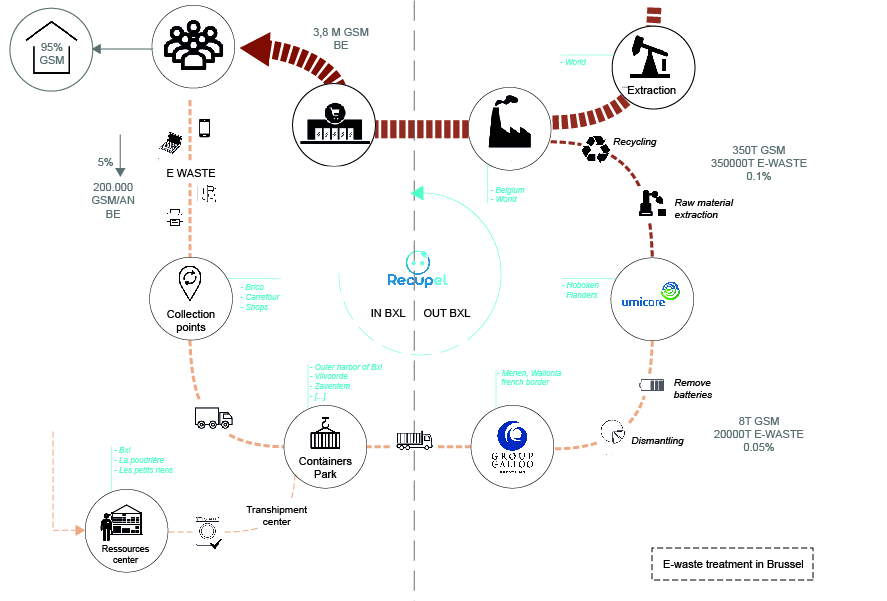 Actual system of e-waste treatment in Bruxelles : actors and situations

The actual system organized by recupel is not efficient enought ( as an exemple in Bruxelles every year, only 5% of phones are recycled, the other 95% stays in drawers. ) and use actors ( as gallo groop ) for demantelling whereas this part of the recycling process is realizable on site. 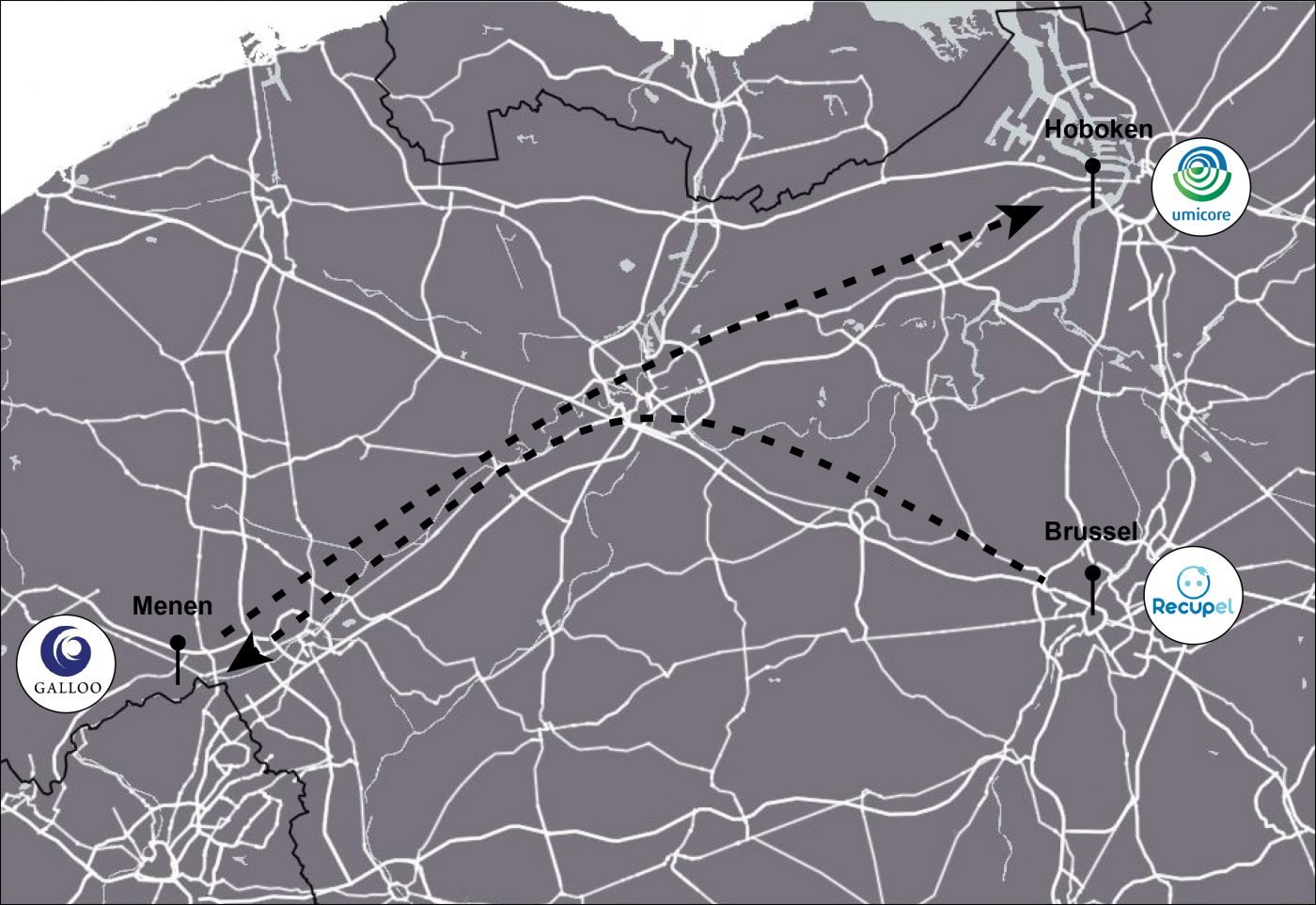 A new proposal for a new way of consumption

We would soon not own devices but rent them. Not concidering them as good but as services. a sustainable consomption and an alternative to programmed obsolescente. The “logistic base” settle in Buda will work with local actors of recycling ( B R MET ), second-hand ressources ( Deporama ), Transports by road ( GLS ). Soon, the logistical center will take advantage of the project of the new port to plan its multimodality and base its import/export on water way. The projet will work in a circular way and a very local scale. 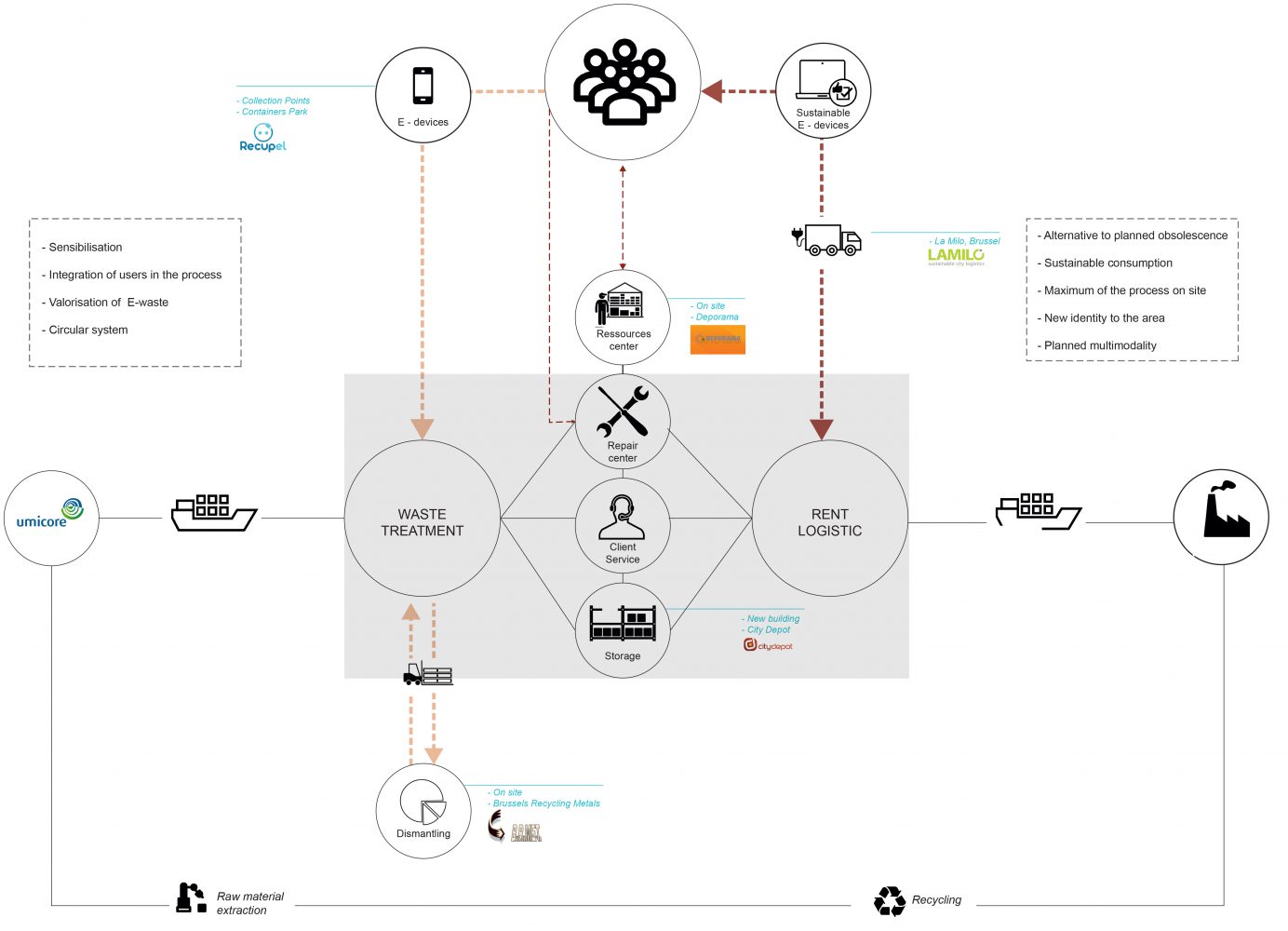 Proposal for a new relation with e-waste and e-devices

The ambition is then to sensitize people by integrating them in the process. Valorising e- wastes by this circular system. The maximum of the process will be done on the site and some sectors will be accessible to populations. ( as the repear center, the client service, the repear coffee.. We look toward a new identidy for the all zone. 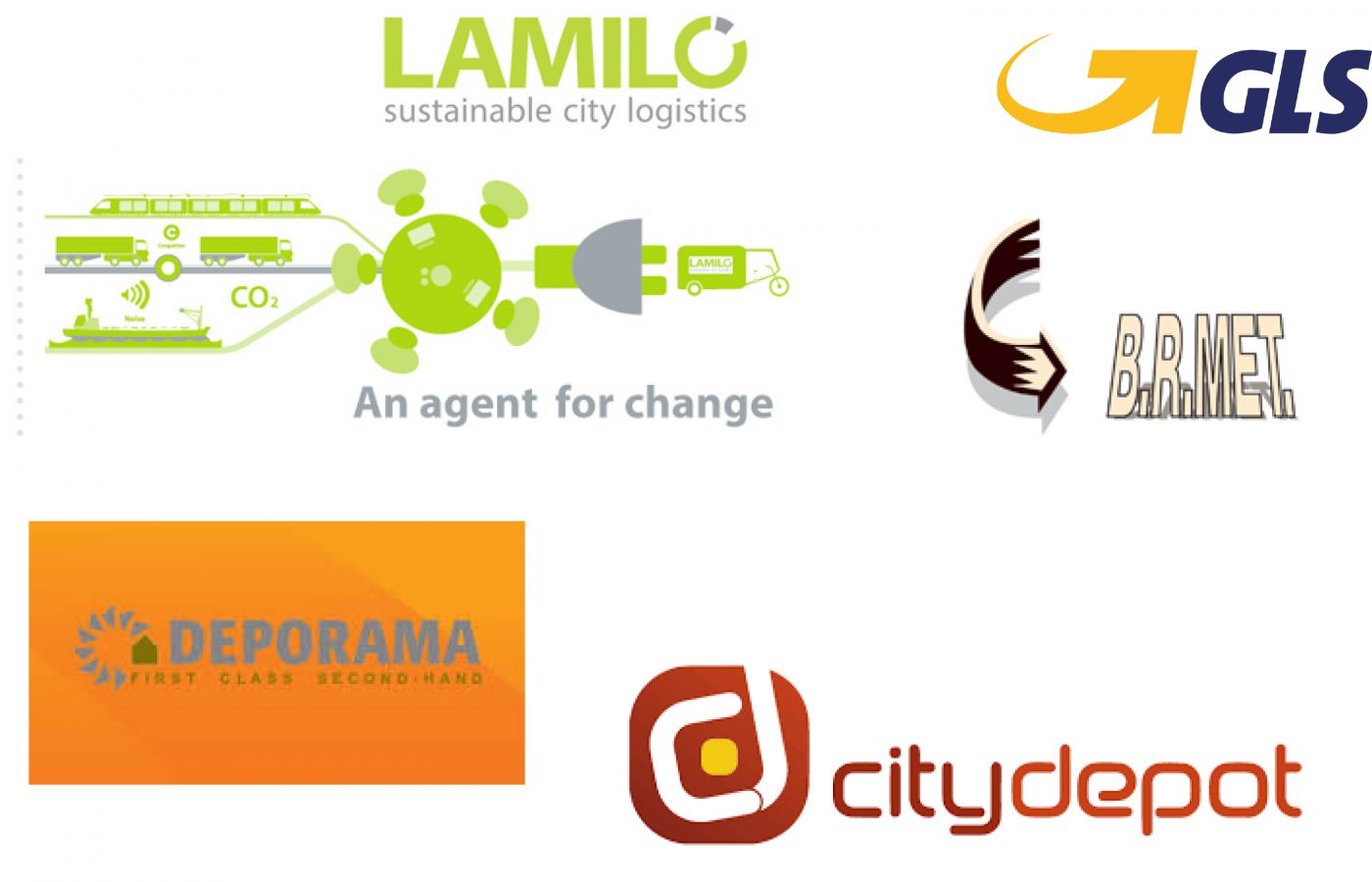 local actors of the process