FRAMING_The goal of this proyect is to create the “FRUITPORT” of Tarragona. We based on the idea of generating a “MULTIMODAL” terminal: “COLDPORT”. A continuous route from the loading of the product in the boats, to the customer, without breaking the temperature chain and avoiding a loss of culity on the moment of unloading and transportation. 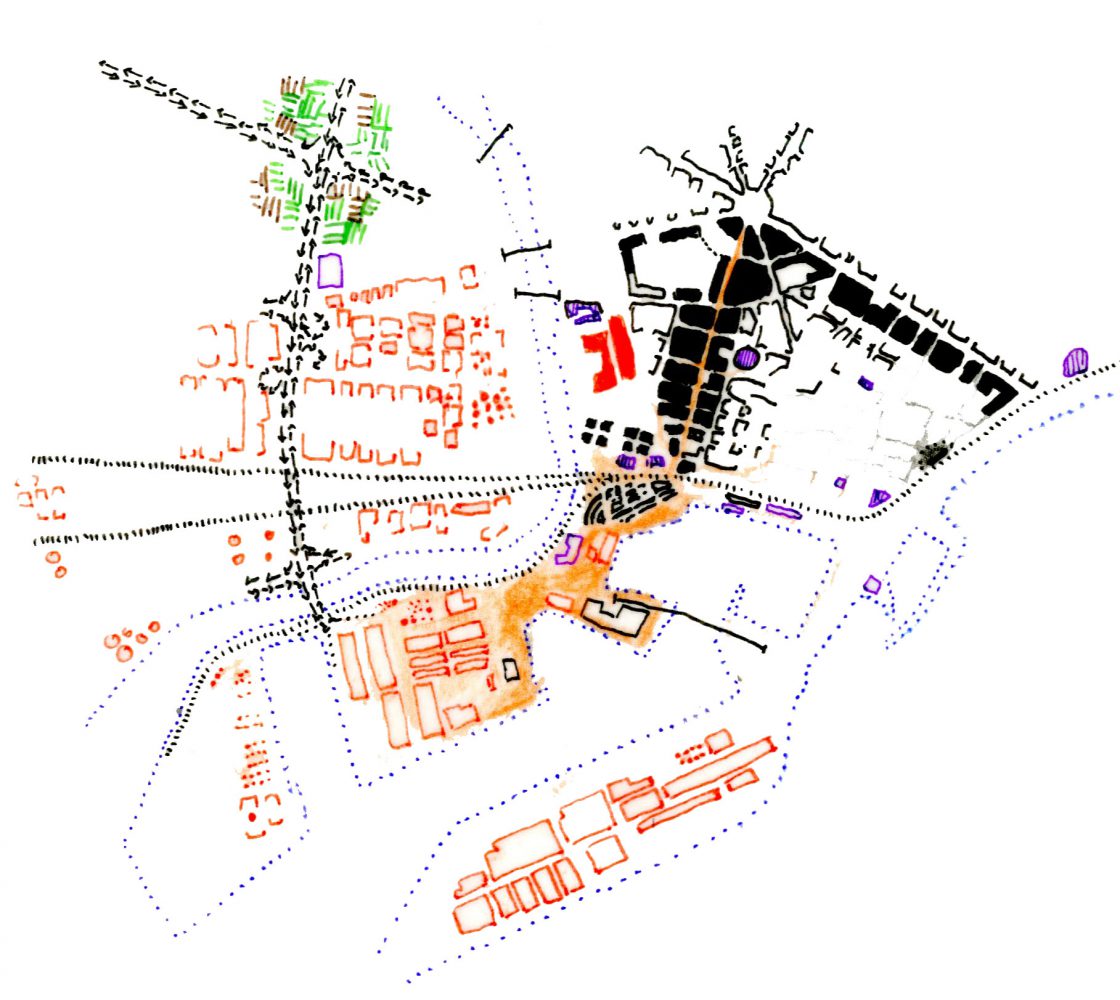 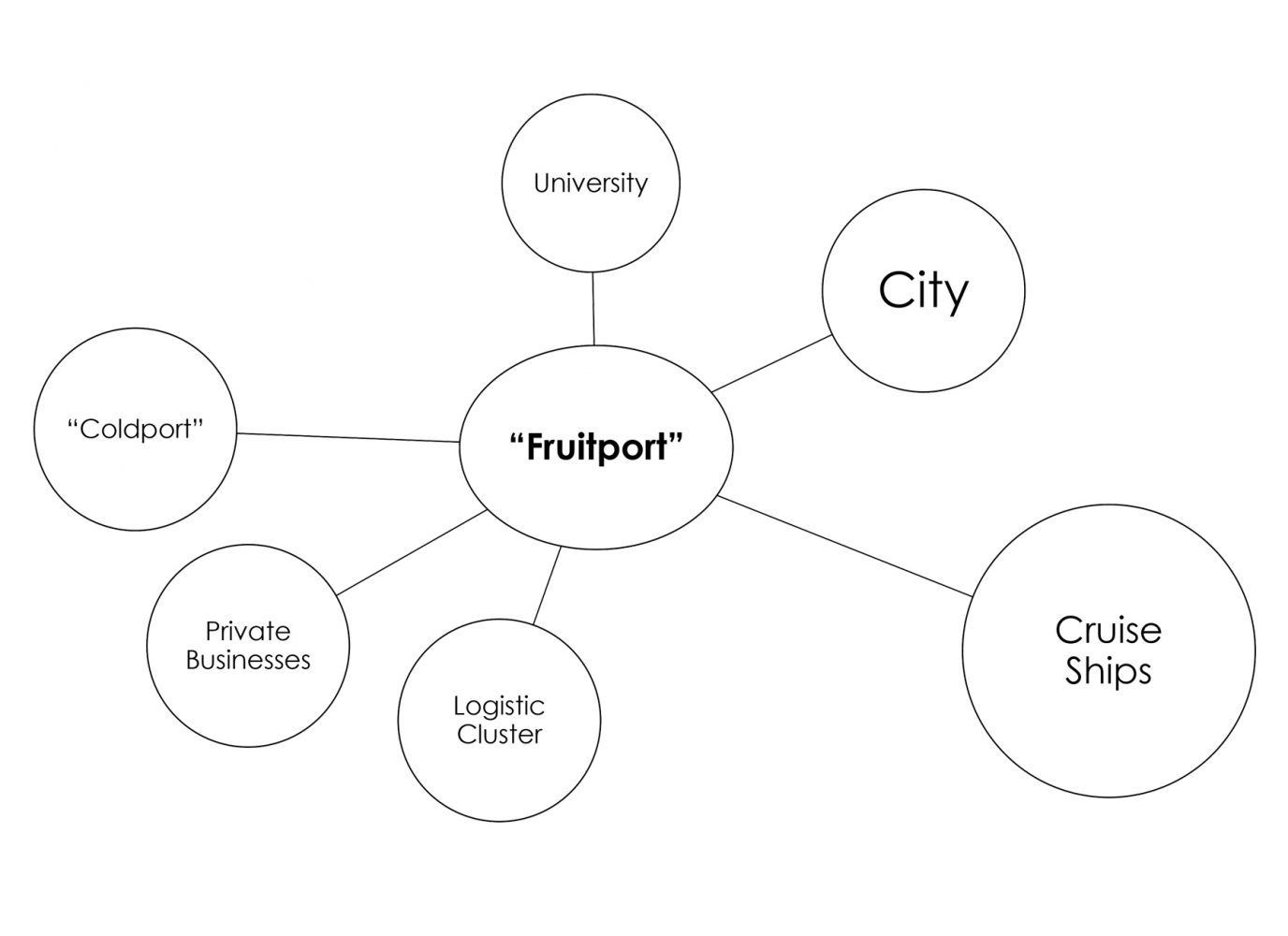 MAIN OBJECTIVES_In this proyect one of the keys are the accesibility and interconection of the different elements that form the whole.

Everything works mechanically, has a porcess of execution. With a clear movility the work will be more effective and fast. 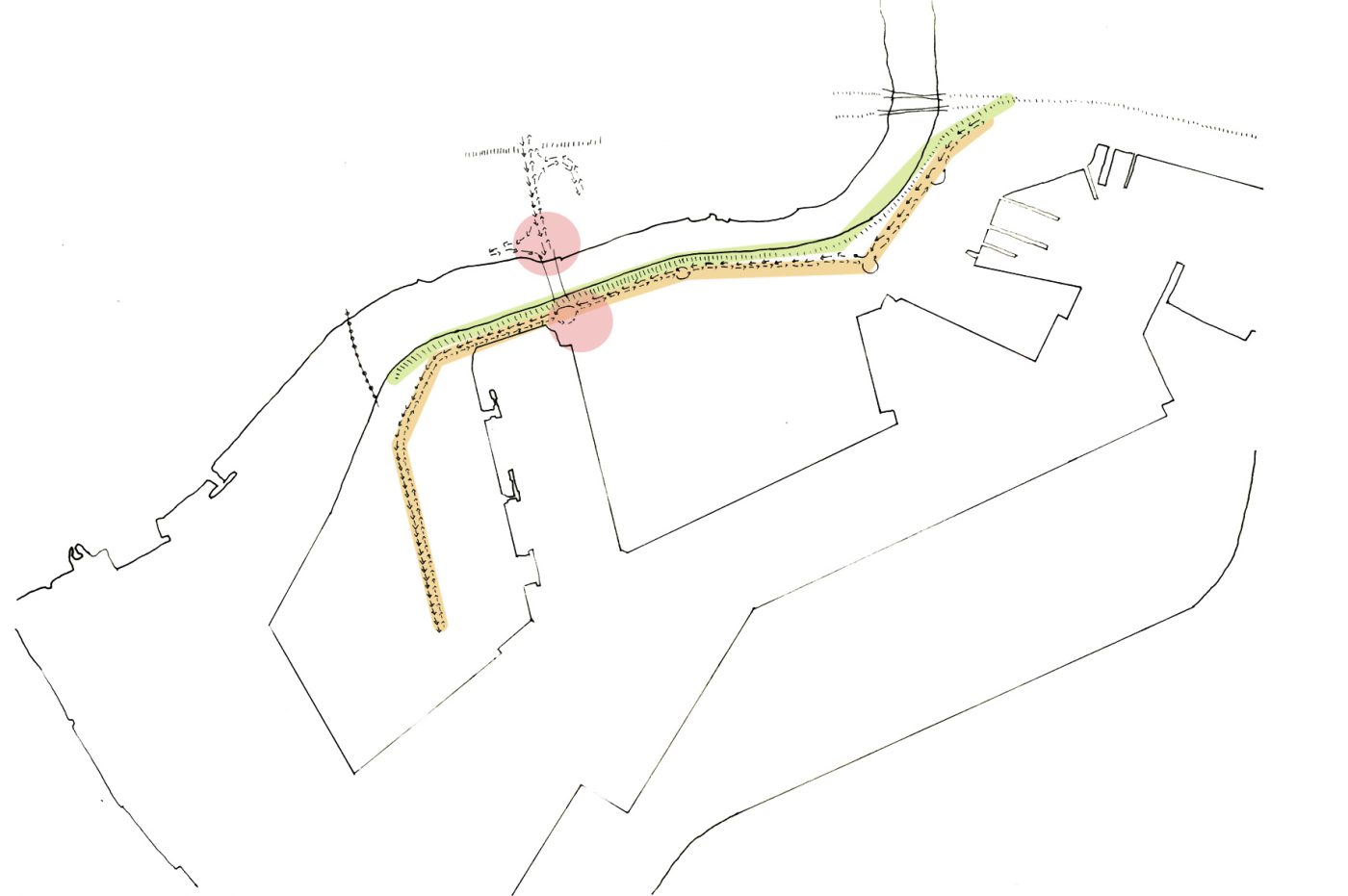 INFRAESTRUCTURE IN THE SECOND  LAWER_One of the disadvantages was the limit that generated the infraestructure, dividing the place into two halves unequal. So we decided to raise the level of the railway to a second level, generating permeability on the ground floor and a better vivbility. So the front of the river will take an added value, creating an ecological corridor along the same. Intented for bicycles, animals…

RELATION BETWEEN THE TWO FRONTS OF THE RIVER_Other subjects to be resolved were the heads of the bridges, very important points in the territory. This in precise is one of the accesses and exits of the port. Trying to unify the two fronts, we crate two volumes connected through a pedestrian walkway to an upper level of the vial. Generating some visuals towards the river. This ganway / platform will extend on both sides creating a continuous surface.

PHASES OF THE PROYECT_This proyect is developed in 4 phases :

-The “COLDPORT” and Infraestruture: From this two elements the rest can star to work. Incorporate to the container terminal the container Unit 45 and a system of storage by RMG ( goes on rails -6- heights ) takes advantage to a great extent the surface of the patio. A good solution in places with little space, high volumes of traffic and a more if is it by rail. Our case.

– The heads of the bridges: With that part we begin to warp the territory. Together with the heads and connected to them would be the amazon cold logistic cluster, that could have some use in the volume of the bridge.

-Coldport Hispania: A empty space at first, intented for storage or other use that the owner wants to give.

-University: Situated on the other side of the river, supporting the volume of the bridgehead. Woul be a porous and permeable building.