Reorganizing the mobility system : changing paradigms from individual car to slow mobility.
More continuity for the pedestrians, bikes and public transports than for the cars.

Functionning of a superilla – section

The public transport network serves the city quite well, and Poblenou is already accessible, but it is necessary to improve the continuity between the subway, tramway, and bus… and the shared bikes and car network, especially.
Several options have to be available for the same trip. The strategy starts from the preexistence of public infrastructure, and the intensification of these hubs. 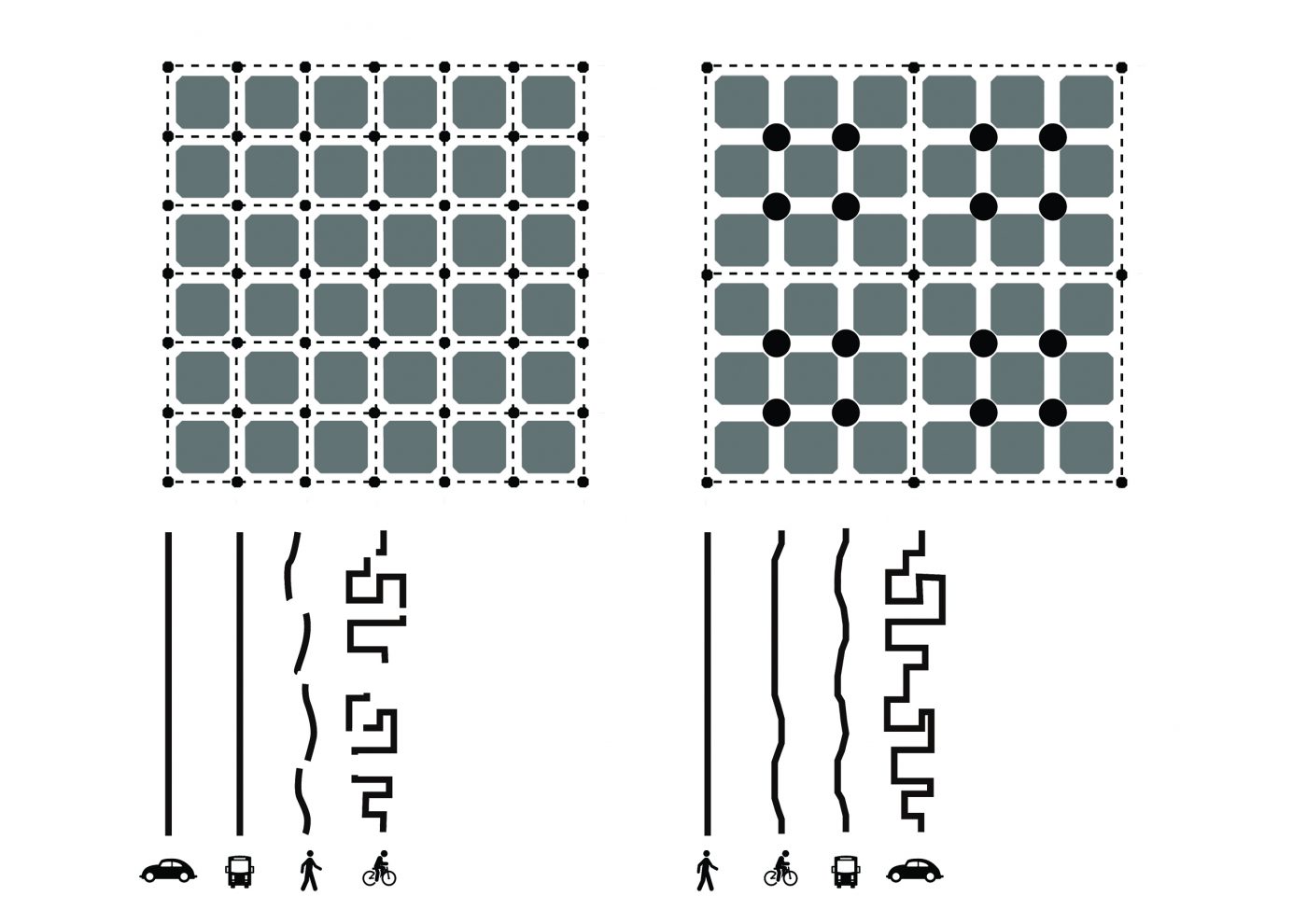 INTERMODALITY
a single card for all transport modes

Simplifying the transportation experience for the users. As a single card is already available for subway + tramway + bus, it should be extended to the bike-sharing and car-sharing networks.
Payment would be made quicker and more simple by a phone app, the user would upload his/her driving license  to his/her monthly or yearly pass, in order to be enabled to use the shared car option.

Of course, the aim is to use more electric vehicles and less fuel. But where does the electricity come from ?
The cars and bikes parking facility – also used to recharge the electric buses – would also produce energy itself, and benefit to the whole neighbourhood.